One of my favourite street photographers. Absolutely. Lee Friedlander was born in Aberdeen, Washington in 1934. He studied photography at the Art Center College of Design in Pasadena, California. In 1956 he moved to New York City where he had the opportunity to photograph jazz musicians, especially the covers of their records: in his early work is clearly influenced by Eugène Atget, Robert Frank and Walker Evans.

Friedlander worked primarily with Leica 35 mm black and white film without devote himself exclusively to portrait: his photograph also features images of urban life, store-front reflections, structures framed by fences and signs and banners to capture ‘aspect of modern life. Shadows, self portraits, the presence of himself inside of his compositions is a trademark of Friedlander work.

Suffering from arthritis and not self-sufficient, he devoted himself to photographing the surrounding area: in this sense, the images are similar to those of Josef Sudek who also photographed the confines of his home and studio. Even his book “Stems“ reflects his life and the resulting limitations, and was first produced during and after knee replacement surgery.

Some of his most famous photographs appear in the September issue of Playboy magazine in 1985: it comes to images of black & white nude of Louise Veronica Ciccone, best known like Madonna, a student at the time and paid $ 25 for the photo shoot. One of the images was beaten to $ 37,500 at an auction at Christie‘s Art House. 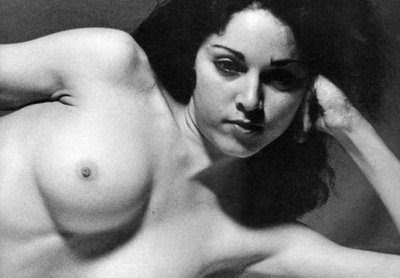 The street photography is like the jazz, an union of formal rigor and improvisation. Alessio Coghe © 2009


My self-quotation perfectly describes the approach of the prime Friedlander. Lee Friedlander tries to combine improvisation with a specific pattern and a rigid structure on which to build his images.

It is the irregular pace of what happens in the street the mindset of Friedlander street photographer. His pictures are deeply urban, where the man is always perfectly contextualized in the city element.

With Friedlander the space is no longer represent the huge land narrated by Ansel Adams but it is the space of rapidly changing city, the suburbs forgotten, without a glimpse of the movement, seeking sensationalism or decisive moments so dear to Henri Cartier Bressons.

Why I love so much this photographer? Because he was the first to outline a different pathto the street photography approach. The photographer put themselves at stake, he becomes part of the story, brings us back to reality which is that the photographer is the observer, the voyeur.

That of Friedlander is a unique vision,  ambiguous, with several layers of truth and dream. Several are thelevels of reflection, opacity, and transparency. Friedlander’s images of shop windows evoke a certain ambiguity, an oscillation between reflected and actual reality, that invite inspection of the space and the meaning of the image.

If I look at my photography I see that unconsciously my work goes in that direction. Attracted by the real becomes unreal i think it is inevitable to meet the path laid out by the master.

Apart from the fact that it is one of my absolute fav, i wanna propose you this image to  announce that I will be on the jury of the 85mm contest organized by my friend Thomas Leuthard, theme “Self-Portrait”. I think that doesn’t exists a better image to present it.