Moira and the italians 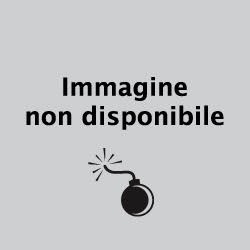 De Biasi was born in Sois in 1923, began photographing in Germany where he was deported during the Second World War, then moved to Milan and with the magazine Epoca in 1953 began his career as a photojournalist, lasted until the year ‘80. During these thirty years has made ​​reportages from various countries. They include one on the Hungarian uprising of 1956, images of New York in the Fifties and portraits as those of Marlene Dietrich, Brigitte Bardot and Sophia Loren.

The photo above has made ​​history: portrays a young Moira Orfei and especially the reactions of the Italians in front of her curves. The photo is called “Gli italiani si voltano” (Italians turn around) and was exhibited at the Guggenheim Museum in New York.

The famous photo of Moira created by Mario De Biasi is also the image in front cover of his book “Photography, profession and passion ” for Federico Motta Editore, texts by Attilio Colombo.

This image is the portrait of a generation, the postwar period, the movies of Vittorio De Sica, the generous curves of Sophia Loren.
It is an image that enters within you, surely planned, but deeply street for the reactions of men, those genuine and candid.

1953: a journal devoted to the cinema, Bolero Film, was experiencing a dry period and asked on loan  the photographer De Biasi for the realization of a reportage with protagonist a girl around a city.

This girl was Moira Orfei, then uncontested queen of the circus, the city Milan. De Biasi the photographer gave the history of photography, one of his most beautiful images, symbolic and significant.
It was the fruit of a day’s work began in the morning in Piazza San Babila: Moira Orfei had to walk, get in and out of stores, being natural, and De Biasi doing its job.

Meanwhile, the curious, still not knowing anything, asked who she was to the photographer. The pictures went along Corso Vittorio Emanuele until to arrive in Piazza del Duomo, where De Biasi said Moira to go to the Gallery: while he stood behind the scene before was presented to a large group of men whose attention is not was clearly attracted by the photographer.

This is the Italy of 1953: a Lambrettathe newspaper La Notte sticking out from a pocket and the men who admire a woman go with a sure step in what is considered the mundane living in Milan for excellence.

This is just the story of a shooting. The italian photographer did a lot of pictures and we hope can see them one day.


Mario De Biasi is one of the greatest Italian photographers recognized throughout the world,

and the merit is also a bit of this photo.