Please note: This post is decidedly partisan. It takes account of my ideas on the future development that should have mirrorless.

The novelty in these days is called Olympus Olympus OM-D E-M5 and you can see in the image above. At first it made me suck … I have also written to a post of Michael Penn, in facebook. The decision was hasty. I was disgusted with the fake pentaprism.

I had not realized that this was perfect for futuristic electronic viewfinder. The look is very vintage, playing the line of the old and glorious OM series of which this is none other than the digital version.
Too hasty my initial judgment because I know that we are dealing with a great machine.

Clever electronic viewfinder, image stabilizer to five axes, ISO sensitivity up to ISO 25,600, the new generation MOS sensor with 16 Megapixels, high-speed consecutive shooting at 9 fps, magnesium alloy body resistant to dust and water. If at first I was very perplexed then I changed my mind. I think this is a really interesting machine that marks another step forward for mirrorless.

And this leaves space for other considerations. I have already expressed on this blog my vision and hope for the future: mirrorless like rangefinders cameras or slr.
I despite being a proponent of miniaturization I hope not an excessive reduction in the size of the cameras that would lead to little ergonomy.

It seems like the path taken by Fujifilm and Olympus is the right one. At the same time I think they can survive the most compact cameras like Panasonic GF series or GX.

Now that i have and tested a little Panasonic GF2 i can say that in many ways this camera is disappointing: The menu system is too minimalist for my tastes and habits, entrusting too much on touch screen. There is not even the exposure mode dial. Many options are hidden in submenus and in general I find it a not intuitive camera. Manufacturers of Panasonic wanted to simplify things but for me have complicated. I think that GF1 was a camera much better. 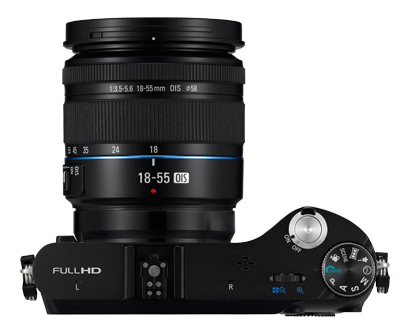 Samsung NX200, for example, has a better system. Very intuitive and the choice in menus are really good with interesting features.  This is, like GF2,  also a camera that winks to users coming from point & shot but with a concept very well done. Samsung should improve many things to reach the ambitious goal.

NX200 has a design that I like: very real soon i will test this wit a prime lens (16mm) and for street photography could be really a great ally.  Coming soon…


The right direction is to create solid cameras. I think it’s possible can make this even decreasing the prices of these “initial proposals“, but I do not ask the moon. Why some photographers they have no problem to spend a lot of money for dslr cameras with a lot of plastic and then say that a Olympus Pen is expensive.

I say that is more important the quality of sensor (and also a good processor) that its size. Many detractors of the system micro four thirds have already said that it would be better a different sensor.
For the new Olympus OM: a body with IBIS and weather sealing in DSLR you can not find it for $ 1000 (the expected price for this new micro four thirds). Having the 4/3 sensor is actually a good thing. If the E-M5 had an APS-C sensor, the lenses would be bigger and heavier, just like Sony.

Fujifilm X100 has some defects: AF for example. But I definitely would buy this and never a DSLR. I made my choice three years ago, abandoning the reflex system in favor of the Olympus Pen, and I don’t have never regretted. Three years ago I bet on the future of mirrorless, now I support convincingly that the future is already here.


>I don't know. I think I rather have a rangefinder camera than an electronic viewfinder one. But not until I test one I will know for certain.